The Vase and Flower Show II

The Vase and Flower Show II

RUIN’ – U and I are OK, but sections of R and N don’t hold water.WELL, a ruin will be a’ RUIN’. I did not expect this degree of detournement. However it was written: the work is a prototype sketch with the idea to incorprate living plant matter in some way. It has had rather a long shelf life, so when I washed the dust off the bisque fired pieces before glazing, it did not occur to me to see if they actually held water! Now they are destined for The Vase and Flower Show so when I took the glazed pieces from the kiln and had overcome my initial response of rejection, (the surfaces are darker and more melted, more Gothik than anticipated), I poured water in and “hmmm” some sections leak!.now signified with orange tape – OK for dried plants. I will let this ruin be and try other things with pigments and firing times with future iterations. (For this firing, I soaked the cone 3 glaze at temp 1100 for 15 mins and cone 2 melted (1120 degrees C). 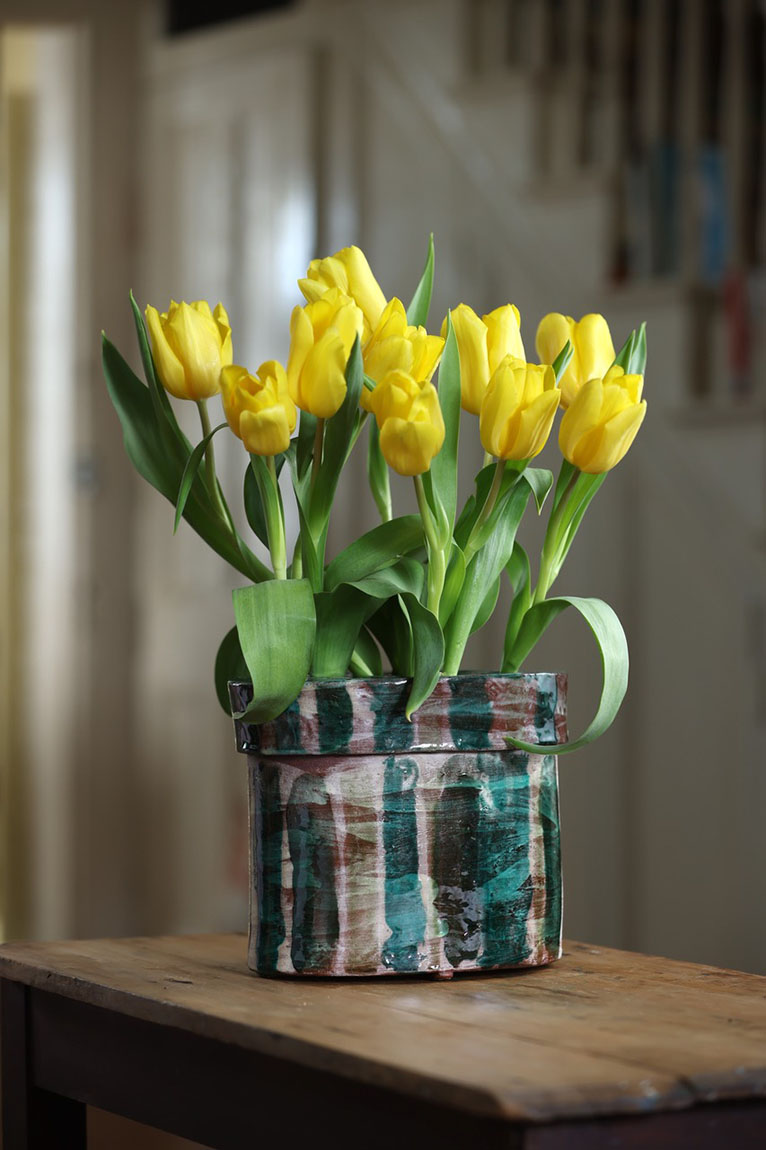