The Vase and Flower Show 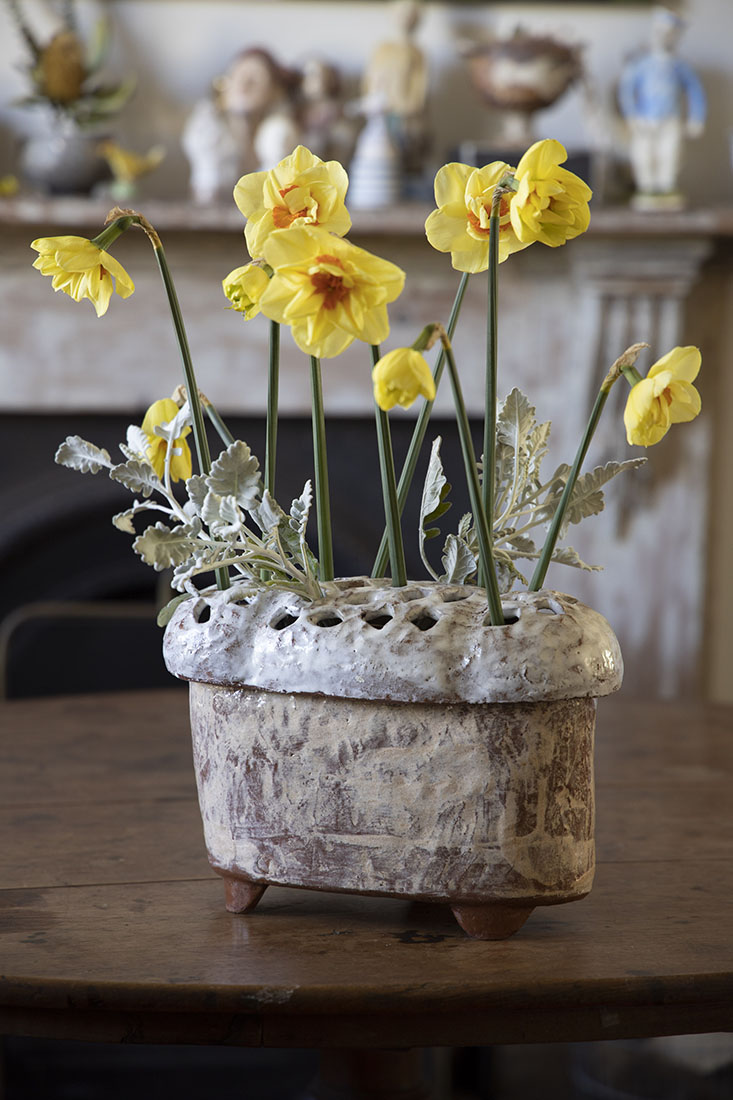 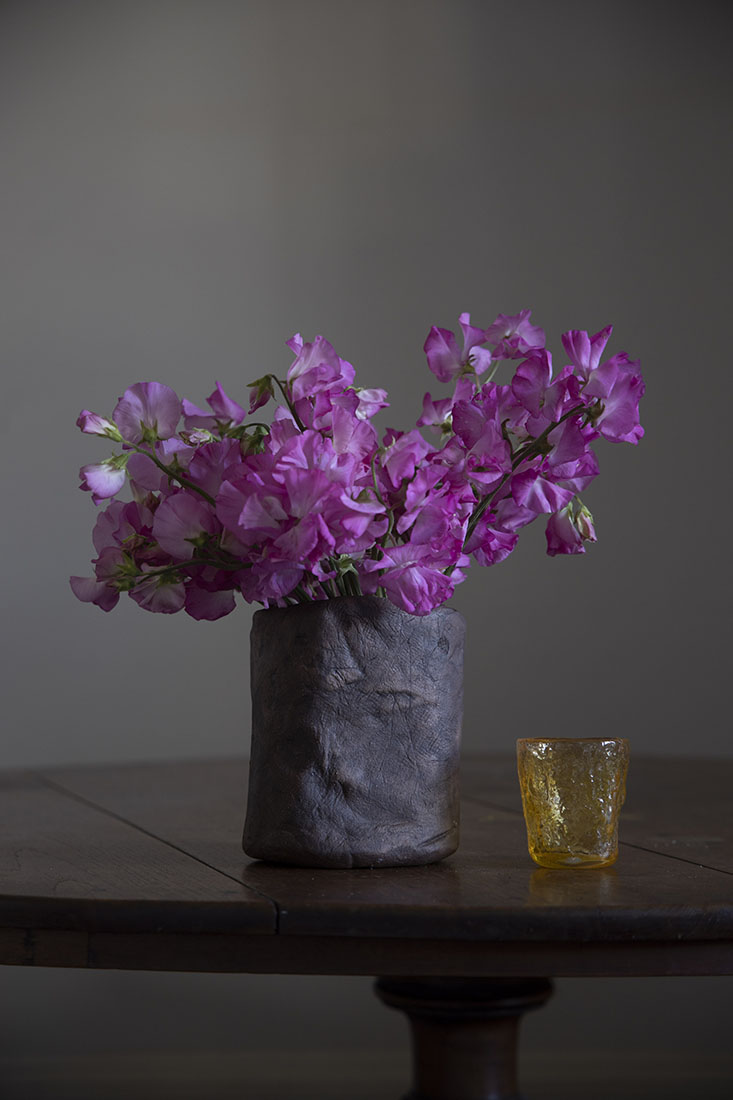 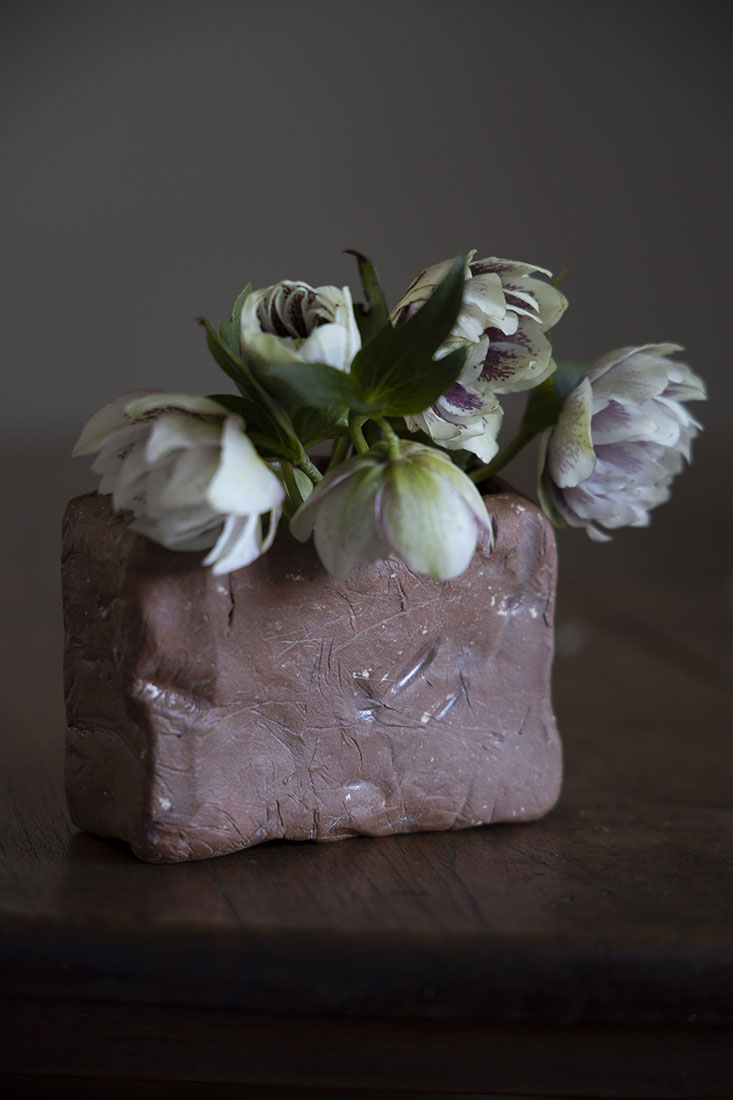 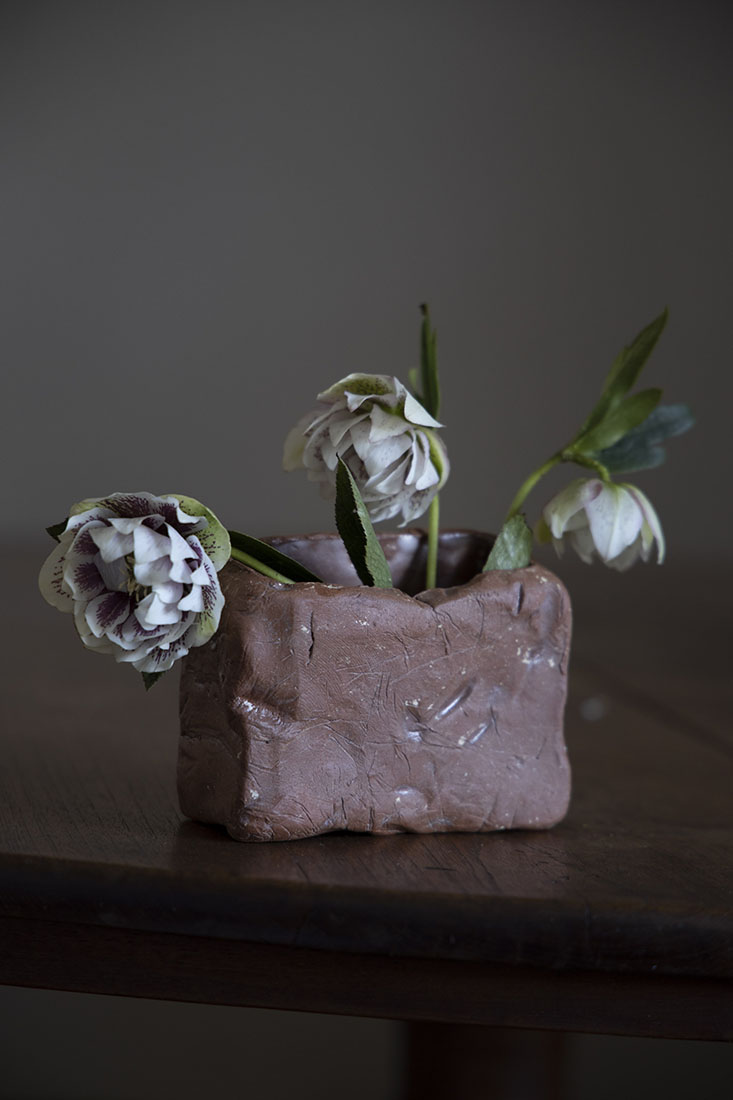 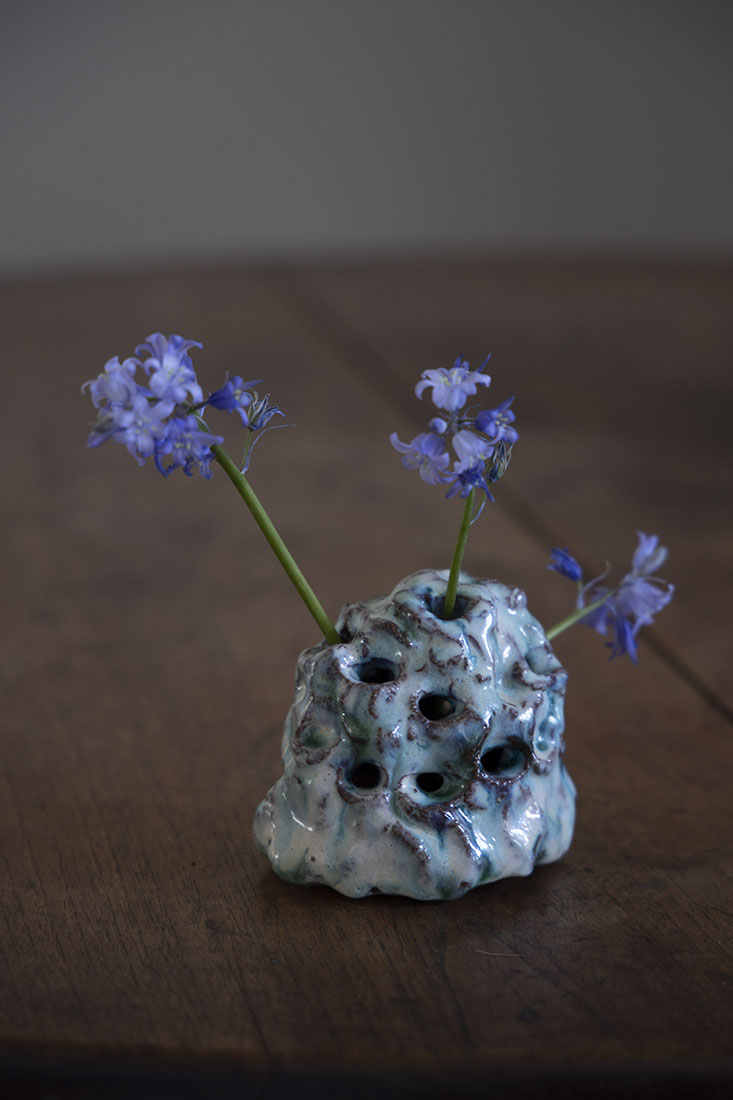 The two plain terracotta container forms, are made with what the Japanese refer to as the ‘Kurinuki’ method, whereby a solid clay form is hollowed out by carving. The little oblong vase is only glazed on the inside.

The mid-fired, log like, water container retains all incidental marks on the surface ‘skin’ and is stained with terra sigillata. Small facets from carving out the void can be seen on the inside. This pot was influenced by a work by Ngaanyatjarra artist, Mrs Tjingapa Davies. Her Large water bucket adzed from a wooden burl is held in the Warburton Arts Centre Collection in Western Australia. I was shown this inspirational piece by Warbarts coordinator, Albie Viegas when Trisha Dean and were guest at the Mrilitjarra Womens’ ceramics centre at Warburton to do a project.

The amber colour of the glass beaker alludes to lagoon water that has been stained by tea trees. The beaker t has been mould blown into a mould that I made from paper clay to impart a flow like surface texture. The mould is a one off and is shattered off the molten glass bubble. The beaker can be filled with water and placed in the ceramic container water if evaporation is a concern.

During the Heian period in Japan, Buddhist flower offerings called ‘Kuge’ were made at shrines.. ‘Chabana’ : the many genres of flower arranging for tea ceremony evolved from this. The Kado book, the Japanese way of flowers was composed. I am drawn to what the Japanese refer to as ‘Nageire,’ ‘thrown in’ style of arranging.

The oval flower frog vase was made in the 20th Century, mid 1990s when I was developing work for Being with Objects. I had been making large table centre piece vessel forms that had a separate water container with perforated cover placed inside. The perforated covers were informed by the grids on Islamic pitchers.

The hill shaped maiolica flower frog alludes to the glass and ceramic flower frogs or flower roses that florists use to guide and anchor the stalks in arrangements.